Refugee Rights Day is commemorated on April 4 every year in Canada to bring attention to the 1985 Supreme Court of Canada ruling recognizing that refugee claimants are entitled to fundamental justice.

The West End Non-insured Walk-in Clinic (NIWIC) was established in 2012 as a partnership of seven Toronto Community Health Centers (CHC) run by Access Alliance Multicultural Health & Community Services, to fulfill an unmet need:  to provide care for those without health coverage whether due to precarious status, failed refugee claims or the three-month OHIP wait.

The federal government is increasing citizenship processing fees by $230 for applications received after January 1, 2015 – an increase of more than 40%. The Right of Citizenship fee is to remain unchanged at $100.

With the increase, the new citizenship application fees will be a total of $630.

Would you like to get free, in-depth training on tenant and housing rights for yourself or your staff?
Would your agency be interested in participating in the Toronto Tenant School for Settlement Workers that will provide in-depth training for front-line settlement workers dealing with clients with rental housing difficulties?

Type:
In the Field
Article 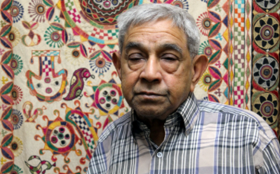 The board and staff of OCASI - Ontario Council of Agencies Serving Immigrants is delighted to congratulate Debbie Douglas, Executive Director, on being awarded the Race Relations Award by the Urban Alliance on Race Relations (UARR). Debbie was honoured along with other Award recipients at the UARR 39th Anniversary and 2014 Awards Dinner held in Toronto on Thursday September 18, 2014. She was nominated by Hon. Jean Augustine, Fairness Commissioner (Ontario).

Ontario’s first-ever integrated strategy for occupational health and safety is designed to prevent injuries, illnesses and fatalities and to improve the delivery of workplace health and safety. The five-year strategy was developed by the Ontario Ministry of Labour in consultation with business, labour groups, health and safety associations and residents of Ontario. The strategy includes targeted outreach to raise awareness about the rights and responsibilities of workers and their employers.

Immigrant Women Services Ottawa (IWSO) is one of Ontario's leaders from the immigrant and refugee-serving sector in advocating for and working towards equity and justice for immigrant, refugee and racialized women. To that end, IWSO is working with United Nations High Commission for Refugees (UNHCR) World Refugee Day - marked by the UN on June 20 each year - photo project, `The Most Important Thing`, to help bring awareness to the impact war has on families.

Recently the Consent and Capacity Board of Ontario (CCB) launched a new public education program entitled, “Time to talk about the end of life.” The CCB is an independent body that holds hearings to consider fair and accessible adjudication of consent and capacity issues of individual. The CCB held a few pilot presentations in the Greater Toronto Area, which were well received by community groups. This project has been initiated to have the CCB be part of the growing conversation among Ontarians about planning their acute care choices and protecting their rights.

Categories of articles by type