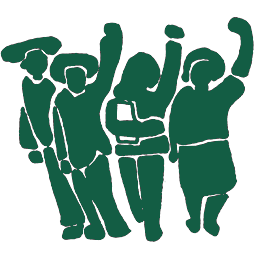 The National Alliance of Racialized, Refugee, and Im/migrant Women is a project initiated by OCASI - Ontario Council of Agencies Serving Immigrants.

Its objectives are to explore the need and feasibility of forming a national alliance of racialized, refugee, and im/migrant women, including transwomen and nonbinary people, and to support the development of collective community strength among grassroots community organizations across the country.

By collaborating on alliance-building activities, community members will have the opportunity to create a space to convene and organize around shared priorities, build connections and share knowledge, and reinforce community-led efforts for systemic change.

The creation of a national alliance would fill an important gap in the current dialogue on gender equity and human rights in Canada, which lacks a collective voice of racialized, refugee, and im/migrant cis and trans women and gender nonbinary people.

The primary project activities consist of:

Who is the project advisory committee?

A core group of members play a critical role in the direction and decision-making process of the project. They are directly connected to the different communities across the country that the National Alliance Project seeks to engage, and are committed to participating in the primary project activities. For a full description of the role and responsibilities of the Advisory Committee, please refer to the Terms of Reference document.

Who are community members?

Community members are people from organizations or grassroots groups across the country that are focused on dismantling systemic barriers for racialized, refugee and im/migrant cis and transwomen and nonbinary people. They are the potential base of a national alliance and the key to building collective community strength. OCASI will engage community members through our outreach initiatives, needs assessment activities, and in the regional and national roundtables.

OCASI is playing an organizing role in this initiative. We recognize the important work being done by grassroots organizations and other community-led movements across the country. Our goal is to support the convergence of these groups towards the building of a national alliance, which would be self-sustaining and self-articulating.

The National Alliance of Racialized, Refugee, and Im/migrant Women project is founded on Anti-Racist and Anti-Oppressive practices, and intersectional feminist and decolonial/anti-colonial frameworks. These principles and practices are intended to inform and shape the process, outcomes, and relationships developed during the course of the project. A description of the key concepts follow below to better understand the project’s guiding values and frameworks:

The use of the words woman and women is inclusive of cis and trans women. Gender non-binary people are also welcome to join and participate in this project . To learn more about gender and sexual diversity, see OCASI’s Positive Spaces program.

Anti-Racist and Anti-Oppressive (ARAO) practices work to challenge, prevent, eliminate, and change the values, structures, policies, programs, actions, and behaviours that perpetuate racism and oppression, and in particular Anti-Black racism in our society.

Intersectional feminism asserts that gender equity cannot be reached without understanding how the systems holding power in our society exclude and oppress certain women because of their multiple and intersecting identities. In practice, intersectional feminism requires challenging and resisting the systems, institutions, and cultural traditions that dismiss the experiences of women on the margins, such as indigenous, Black and racialized, disabled, im/migrant, transwomen and LGBTQ2+ identified people.

Intersectionality is a framework for understanding how multiple forms of discrimination intersect to create a disproportionate impact for certain groups of people based on their identity and social location. Kimberlé Crenshaw first began using this term as a way to explain the multiple forms of oppression collectively facing Black women survivors of violence in the United States.

Decolonial and anti-colonial frameworks acknowledge the violence and genocide perpetrated under colonialism and settler-colonialism towards indigenous peoples in Canada and in the Global South. Decolonialization is the intentional process of working to oppose, challenge, and replace colonial oppression in its many shapes and forms in our society and relationships. Committing to decolonial practices means acting in concrete ways to resist colonial oppression in solidarity and support of indigenous communities.

Racialized is used as a term to describe people who are non-White and encompasses all people who self-identify as racialized. People can be racialized not only based on skin colour but also other perceived characteristics such as their culture, language, customs, ancestry, country or place of origin. Typically, racialized is not used to describe First Nations, Métis or Inuit peoples within Canada, but may include indigenous people from the Global South.

Racialization refers to the process by which societies construct races as real, different and unequal. Racial categories are not based on science or biology but on differences that society has chosen to emphasize.

Im/migrant is an umbrella term used to describe persons who are not born with Canadian citizenship. This includes those who have moved away from their place of usual residence temporarily or permanently, including those without a legal immigration status.

Systemic change is about dismantling the structures that hold inequities in place, such as the laws, policies, institutions, cultural norms, and practices that create unjust conditions within a community. Such inequities are based on race, gender, class, (dis)ability, sexual orientation, gender identity and expression, and other personal characteristics and factors. Structural change seeks to rebuild these systems and structures in order to make our society a more just and equitable one.

This project is funded by Women and Gender Equality Canada.

Follow our updates and learn about our events on @OCASI_Policy